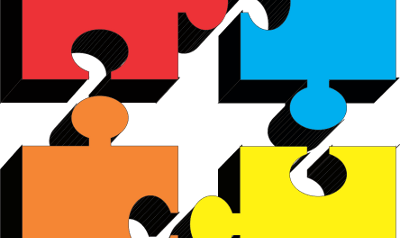 There is a common saying, particularly favoured by neurotypical allies:

And whilst I appreciate the sentiment, I would like to offer one ever so slight addendum:

‘You have literally no idea.’

One of the problems of being a relatively (or obnoxiously) vocal Autistic person, either on the internet or out in the corporeal world, is that what you say can be taken as an embodiment of the Autistic experience. You become the definition of the community for some people. The life you have lived and the opinions you express are wrapped up and tied neatly together, with a quaint little ribbon and a label that says: To World, Happy Autistic Experience! Love Me.

I hate to burst anyone’s bubbles, but I do not speak for the Autistic community. I don’t actually think any of us do. We may have joint experiences, and definite moments of oh my god me too, but there is distinct lack of anything even remotely resembling a overall consensus. We are a disparate, varied group of people, brought together under the umbrella that our neurology is not quite the same as the majority of people. Our brains are similar in their difference – but my goodness, are they very different brains.

Anyone who has been part of any community, particularly a marginalised one, will know that things are never simple. Just when you get to a point where you feel you can confidently say: ‘well, we think that…’, someone will come barging into your fragile certainty to tell you that no, they don’t think that, actually, and you need to stop speaking for other people.

This even extends to things that we think are set in stone among us. I’ve had the somewhat horrifying experience of an Autistic person telling me that vaccines cause Autism and we need to be doing something to stop it. Yes, you read that correctly. On the one hand, I had to remove myself incredulously to a corner with an ice-pack clutched to my head, mulling over the world that now seemed to be swimming upside down. But on the other, it reminded me that I can never truly claim to be toting the opinion of us all.

In many cases, like this, there is definitely a majority agreement. Particularly when, as here, the issue in question is less a differing opinion and more a viewpoint that actively harms people. But it never quite manages to spill over into ‘yes, this is a thing we all think’. Even on issues where I know I am absolutely definitely right thank you very much, I have started trying to use phrases like ‘many Autistic people’ or ‘a lot of Autistic people I have spoken with’ and, perhaps most usefully ‘I, as an Autistic person….’

I’ve seen it in the feminist community. I’ve seen it in the queer community (let’s not even get started on the complete lack of coherent truce over even calling it the ‘queer’ community). But the Autistic community is a whole other kettle of fabulous fish. Like with everything else, we take these common community conflicts of opinion and blast them to whole new plains of experience.

We can’t do things by halves.

It’s what makes ‘community’ so wonderful.

It’s also what makes it bloody terrifying. Particularly as someone who commits herself to words that will be on the internet forever (or at least until the various technologies gain sentience and take over).

On occasion I’ve peeked out from my little internet corner, been struck on the nose by various shrapnel from yet another intra-community battle over self-diagnosis, and immediately scurried back to my little trench. It can get nasty out there. And whilst there are some fights that on some days I will definitely roll my sleeves up for, there are more often that not days when all I want to do is conscientiously object and lock myself away on a secluded island paradise.

It’s definitely comforting – for us but mostly for allies – to think that there is consensus on all issues. Or that at least some issues have found their way to universal harmony. And whilst some issues are definitely up for less debate (if your opinion actively harms people, I reserve the right to give it approximately zero validity), it is the very nature of a community such as ours that there is conflict.

Maybe some would argue the word ‘community’ is wrong to describe us. But, through my (admittedly biased and definitely not representative of all people) eyes, this lack of a so-called ‘hive-mind’ is the very reason why we fit the definition of a community so well.

Because as well as fighting, and arguing, and quibbling, and bickering, and never managing to reach an agreement on anything, we also love, and support, and comfort, and validate, and hold up each others’ voices in a world that very often wants us to be quiet.

I have learned so much from listening to other Autistic people. I have felt so validated, so warmed by the knowledge that, even though my experience is definitely not universal, there is enough of a similarity to connect me to these other people from all over the world. I have an affinity with people in every single shape, size, creed, and identity. And I know that others have had similar adventures in this wide, wonderful Autistic world.

A divergence of opinion is to be expected with such variation in lived experience. This doesn’t excuse the lengths of vitriol that I have seen – please stop that or I’ll hide in my burrow – but the disagreement itself is all part and parcel of being a disparate and interesting community.

Are we a hive-mind?

No. We definitely are not a hive-mind.

But are we a community?

At our best, yes we are.

And at our worst…well, we probably are then too.

what do you want to read about?